This morning I set out to walk the perimeter trail at Mounds State Park in Anderson. But things don’t always work out like we plan. Today things got interesting.

On my way, I encountered a lone bicyclist. Since I walk and ride around cars too, I always give a very wide berth. I was completely in the other lane, and I stayed there until I was a couple of hundred feet past this gentleman. As I returned to the right lane, I heard a noise that I perceived to be a tire popping. It turned out to be the front fork of his  light weight, Hi-Tech road bike snapping off. Looking into the mirror, I could see him kind of rolling and skidding down the road. I turned around and went back to render assistance. Two other cars stopped as well.

As soon as I got there the poor guy, still laying in the road, informed me that I had hit him. Then maybe my mirror had hit him. I assured him, adamantly, that I had not, and was never even close to him. He then decided that something had flown off of my truck into his front wheel. I again assured him that that was just not possible. Again, adamantly. He is still down on his hands and knees at this point. Now he decides my tire hit something and threw it into his front wheel. OK. Again, I am pretty sure I would have heard and or felt that. And I was well past him when he wrecked.

There was a piece of wood, about the size of your hand, lying in the wreckage. I think that real world is he hit that and it snapped his really lightweight fork off. He then decided it wasn’t my fault either way. We got him up, and cleaned him up a little. I also gathered his scattered belongings like a Fitbit and some sunglasses. I offered to take him to a Med Check, or the Fire Department to get looked at, but he declined. One of the other guys loaded his bike into my truck, and I took him home. 30 minutes in the other direction.

So I arrived at Mounds about an hour and a half after I had planned too. Off I went. The perimeter trail is partly on pavement, and goes right through the campground. There were other walkers, and I made some new friends. I found out too that Robert Randolph and The Family Band are playing at Conner Prairie tonight. I really like that band. I have family plans. I can’t go.

I am almost certain that I read that this perimeter trail is 6 miles. It is not. 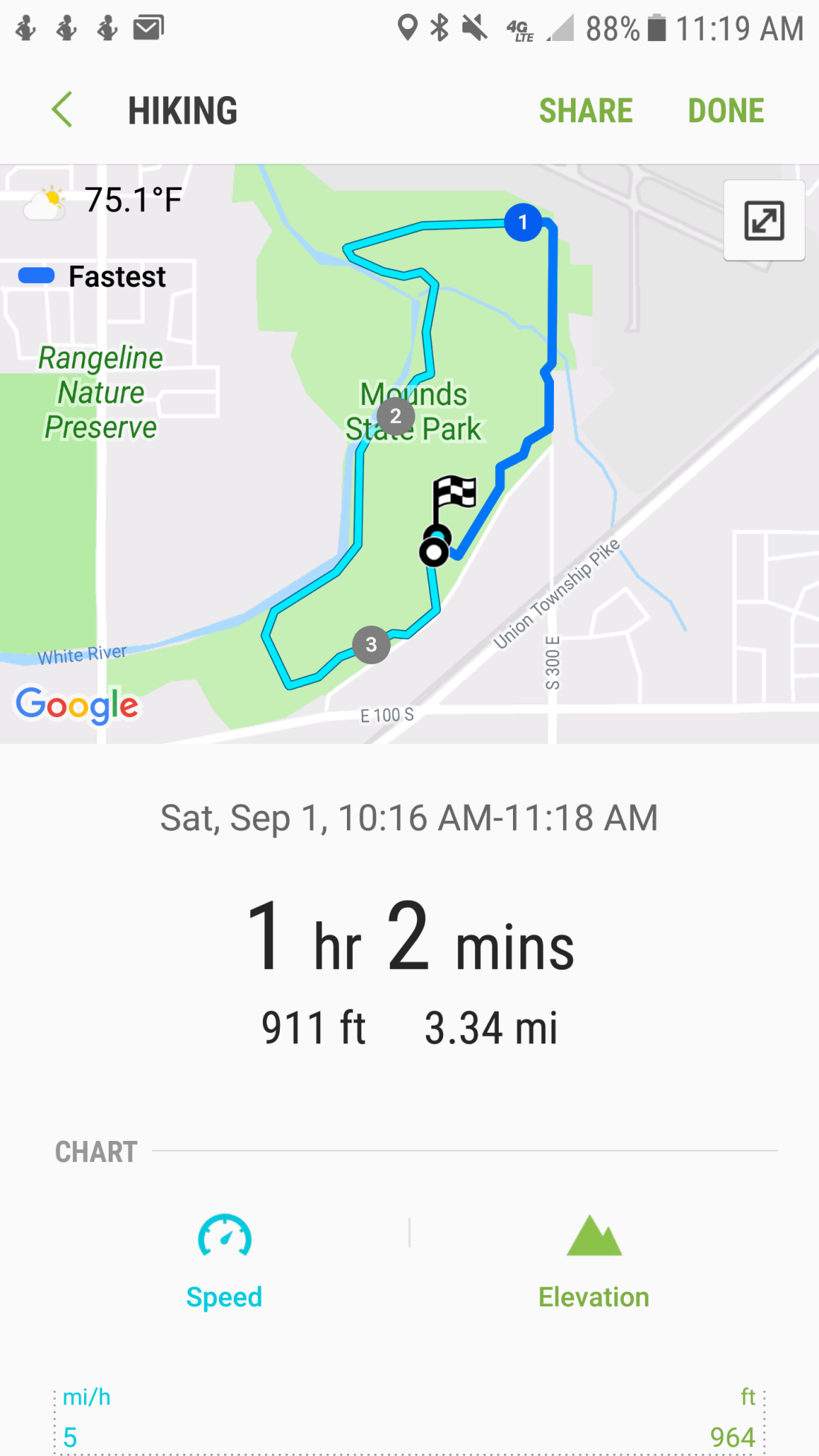 After that, I headed home. I was tempted to stop at Kooteewi and get in 3 more miles, but the lot was full of horse trailers, so I didn’t. I went on home, made my wife and myself some breakfast, and then got my bicycle out and rode a few miles in town. 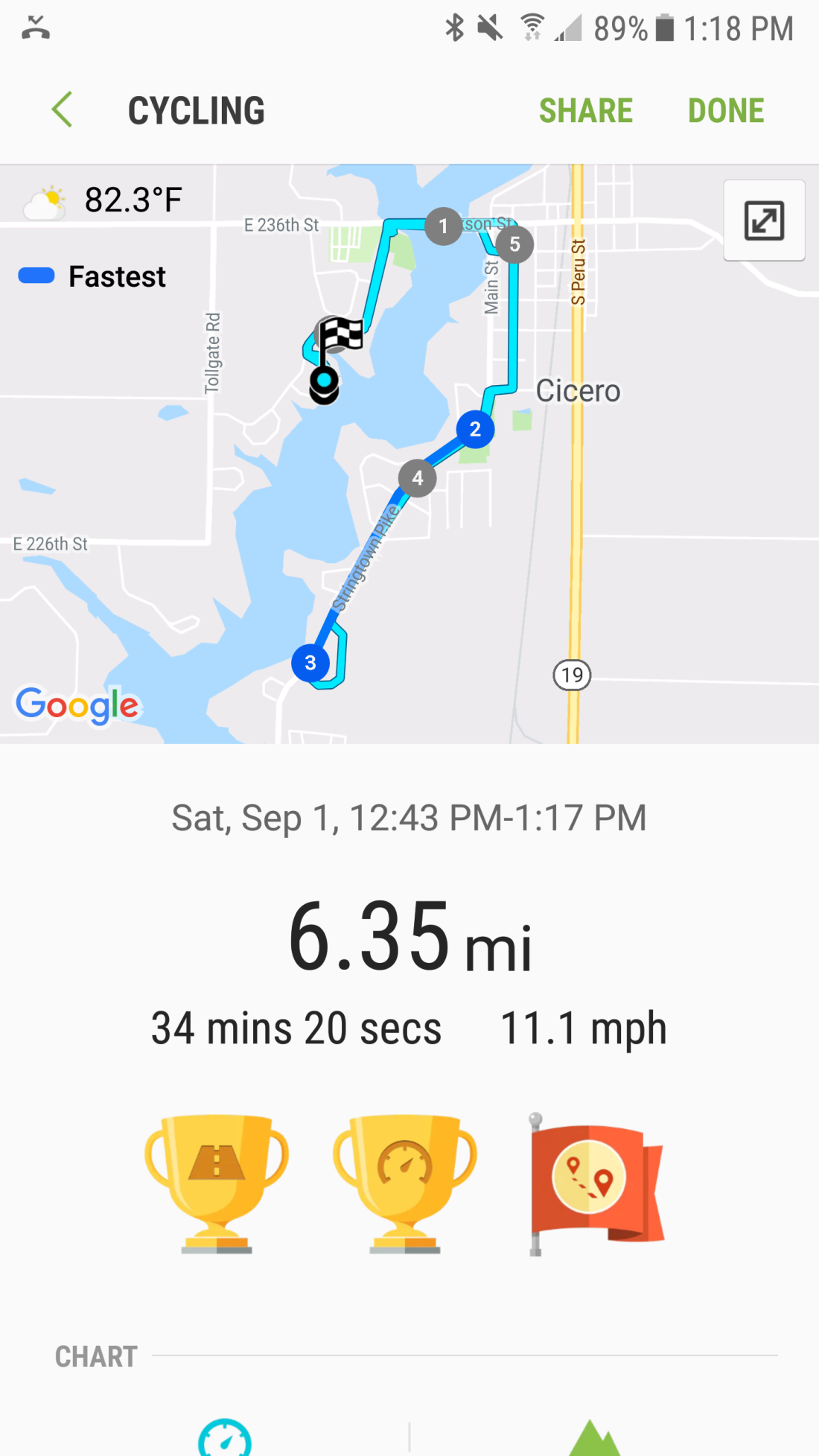 So that is how my day went so far. Time for some football on TV now. See you soon.

View all posts by walkingdudestories